Unwrapping the enigma of the Man in Black

Oct 08 Posted by admin in Articles 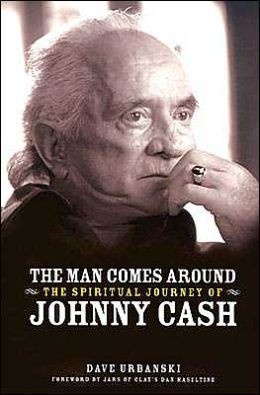 Johnny Cash's musical accomplishments are storied and staggering. He occupies spots in the Rock and Roll Hall of Fame, the Songwriter's Hall of Fame, and the Country Music Hall of Fame—he, in fact, was the youngest living person ever inducted into the latter. He sold 50 million albums, recorded more than 1,500 songs, boasted fourteen number-one hits, won scads of awards, and is mentioned in the same breath as The Beatles when it comes to musical impact.

His legendary bass-baritone was a force of nature. Equal parts rolling thunder and John the Baptist, when Cash sang or spoke, his voice commanded attention. And respect. And believability.

But more importantly, throughout his magical career that ended just shy of the half-century mark when he died from diabetes complications on September 12, 2003, Cash tore apart the rulebook more than once, paving the way for other artists to do the same; he always stood up for the underdog (the poor, Native Americans, prisoners, and others) and always stood up to the oppressive; and he beat just about every odd that was stacked against him.

And it's for those reasons that pinning down Johnny Cash in any way, shape, or form is impossible. He made it impossible. He never intended to be categorized or pigeonholed. He recorded with Bob Dylan, then turned around and played for Richard Nixon. He embraced the radical social justice movements of the '60s and flew high Old Glory. He protested Vietnam and played for the troops.

As songwriting friend Kris Kristofferson recently said, "He's as comfortable with the poor and prisoners as he is with presidents. He's crossed over all age boundaries. I like to think of him as Abraham Lincoln with a wild side."

Cash's cluster of enigmas was so impenetrably deep that even those closest to him never got to see every part of him, every thought, every emotion.

"I think Johnny's as complex as anything God or man put on this earth," his brother Tommy once noted. "He's a man of uncommon characteristics, mentally or physically. Even though you're his brother, or his wife, or his mother, you never know him completely. I've felt myself at times trembling because of my inadequacy around him."

“Don’t Put Me in Another Box”

A writer once tried to paint Cash into a corner, baiting him to acknowledge a single denominational persuasion at the center of his heart. Finally, Cash laid down the law: "I—as a believer that Jesus of Nazareth, a Jew, the Christ of the Greeks, was the Anointed One of God (born of the seed of David, upon faith as Abraham has faith, and it was accounted to him for righteousness)—am grafted onto the true vine, and am one of the heirs of God's covenant with Israel."

"What?" the writer replied.

So, exactly what "kind" of Christian was Cash?

A staunch, conservative, Bible thumper? It sure seems so if you read the introduction to his 1986 novel about the life of the apostle Paul, Man in White: "Please understand that I believe the Bible, the whole Bible, to be the infallible, indisputable Word of God. I have been careful to take no liberties with the timeless Word."

But based on a passage from his 1997 autobiography, Cash doesn't seem as steadfast:

"Once I learned what the Bible is the inspired Word of God (most of it anyway) ... "(To be fair, he continues this shadow of doubt with a gushing endorsement of Scripture, noting how "truly exciting" it is to discover new interpretations and applications to his own life.)

“Being a Christian Isn’t for Sissies”

Further, it certainly can be argued that Cash was a private man and preferred to keep his faith to himself. "I don't compromise my religion," Cash once declared. "If I'm with someone who doesn't want to talk about it, I don't talk about it. I don't impose myself on anybody in any way, including religion. When you're imposing you're offending, I feel. Although I am evangelical, and I'll give the message to anyone that wants to hear it, or anybody that is willing to listen. But if they let me know that they don't want to hear it, they ain't never going to hear it from me. If I think they don't want to hear it, then I will not bring it up. "

In short, "telling others is part of our faith all right, but the way we live it speaks louder than we can say it," Cash said. "The gospel of Christ must always be an open door with a welcome sign for all. "

"There's nothing hypocritical about it," Cash told Rolling Stone scribe Anthony DeCurtis. "There is a spiritual side to me that goes real deep, but I confess right up front that I'm the biggest sinner of them all." To Cash, even his near deadly bout with drug addiction contained a crucial spiritual element. "I used drugs to escape, and they worked pretty well when I was younger. But they devastated me physically and emotionally—and spiritually ... [they put me] in such a low state that I couldn't communicate with God. There's no lonelier place to be. I was separated from God, and I wasn't even trying to call on Him. I knew that there was no line of communication. But He came back. And I came back."

And while his body suffered under the strain wrought by years of abuse, Cash's mind stayed strong ... and his spirit stayed stronger.

Even after many people had assumed his career was over, Cash headed back into the studio to begin work on more songs with fellow rebel and producer of nearly a decade, Rick Rubin. Today’s release of American VI: Ain’t No Grave marks the last of those albums.

And in his final days, despite moment-by-moment battles with various debilitating ailments, the Man in Black was anything but in a black mood. In fact, he was celebrating life-sopping up every second he could, while he could.

''I'm thrilled to death with life," he told Larry King during an interview. "Life is—the way God has given it to me—was just a platter. A golden platter of life laid out there for me. It's been beautiful."

Amen to that, Brother Cash.

This article is adapted from The Man Comes Around: The Spiritual Journey of Johnny Cash (RELEVANTBooks).