Johnny Cash - Favorite Books of the Man in Black

Dec 30 Posted by Jeff in Articles 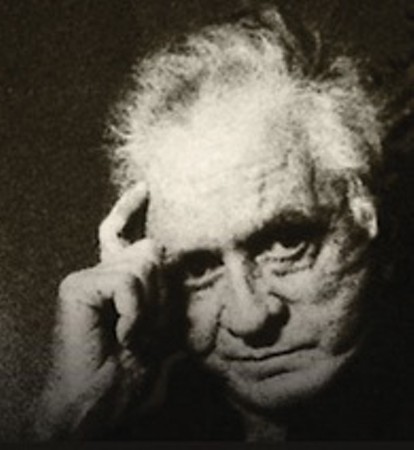 "I'm very shy really.  I spend a lot of time in my room alone, reading or writing or watching television."
- Johnny Cash
The 700 Club, "An Interview with The Man in Black," 1984

Johnny Cash and his wife June Carter were greedy readers, though many people might not guess it when taking a superficial glance at the country couple.  Sure, they often acted the part of simple, countrified people.  And there is some truth to that.  But they were also highly literate, published authors--as are many of their children.

Can you imagine having Johnny Cash as your literature teacher?  What a treat it would be to have Johnny Cash narrating your favorite literature in his gravelly baritone.  If the Cash family had more money, the world might have only known J.R. Cash as an English educator.  Cash graduated as the vice president of his senior class in 1950, from the largest cooperative school in Arkansas.

Cash reflected in 1988, while being interviewed by the Academy of Achievement, that he was "writing a lot of poems, and stories, and songs" throughout high school--but struggling with math.  He went on discuss how, for a poor farm boy at the time, college was out of the question.  If he had been able to go to college, he mused on how it "would have been great to go from high school right into college to study music and literature."

Growing up as a sharecropper in Arkansas, the first book that Cash learned to cherish and read and reread was the Bible.  Cash would later further his Biblical education in the late 1970s, at Bill Hamon's International Christian School of Theology; after graduation in 1979, Cash was even ordained as a minister.  All this training and intensive studying later inspired Cash to write his only novel, about Paul the Apostle and titled Man in White, which was published in 1986.

But the Bible was not the only book that profoundly impacted a young J.R. Cash.  Again, for his 1988 interview with the Academy of Achievement, Cash discussed his experience as a 12 year old reading a novel about a Native American Indian named Lone Bull.  Cash summarizes the moral of the story: "You miss a lot of opportunities by making mistakes, but that's part of it: knowing that you're not shut out forever, and that there's a goal there that you still can reach.  Lone Bull's philosophy was, 'I'm kicked out of this village, but I will grow up and I'll come into another one and I will do what I set out to do.'"  Surely this maxim applied to Cash as he moved through one creative phase to the next throughout his career, finding new audiences and passions.

Growing up in the 1930s and 1940s, Cash was also fascinated by powerful orators like Winston Churchill,  whose commencement speech, "Never, never, never, never, never give up," remained dear to Cash's memory.  Johnny Cash also looked up to Franklin Delano Roosevelt, who was responsible for the New Deal that saved hard-working farmers like the Cash family with cooperatives.

When I interviewed Kathy Cash in 2013, I asked her about her father's favorite books.  One of Cash's favorite spiritual writers was Edgar Cayce, a writer who Cash believed had "a gift from God and used it for the well-being of everyone he could reach."  Kathy also mentioned how Cash loved Civil War and prison books, and that Cash's home library was expansive.  "You know, I've read every one of these books," Cash would boast, "some of them I've read twice."  He also had a large collection of books on Roman History that surprised one reporter in 1994.

Nick Tosches interviewed Cash in 1994 without expecting to sit down with an intellectual who plays country music.  The two ended up having a deep discussion about Roman history, where Cash eventually pointed out the endurance of Roman engineering: "I was lookin' at a drawing of a Roman crane.  Just as efficient as the ones we got now.  Fabulous."  Tosches accepted Cash afterwards, but not all of country music, remarking that all George Jones wanted to talk about in their interview together were his cows.

In a 2014 interview for ABC news, John Carter-Cash named some of his father's favorite books.  Og Mandino's "Greatest Salesman in the World" and Kahlil Gibran's "The Prophet" were among them.  Johnny Cash enjoyed Gibran's work so much--spiritual work that combined teachings of Christianity, Islam, Hinduism, Buddhism, and Judaism, among other philosophies, that Cash narrated Gibran's sequel work, "The Eye of the Prophet."

Cash also read extensively on the Vietnam War as he revealed while being filmed for an episode of VH1 Storytellers with Willie Nelson. "I wrote a song called 'Drive On.'  June and I read all these books, these novels about Vietnam.  She and I were swapping books reading on after another.  [If] there was a group of guys going along and one of them would fall, there was not time to stop and grieve you might get shot.  So they would say drive on, it don't mean nothin'.  When it would mean everything."

Though Cash loved books of history and spirituality, he also loved fiction.

Johnny Cash's tastes were varied.  He read James Joyce and J.D. Salinger.  He read Stephen King and James A. Michener.  He read Colleen McCullough and Jack Higgins.  He considered Jake Hawkins' "King of the Road" a "southern masterpiece . . . one of the finest things I've ever read."  According to John Carter-Cash, Johnny's favorite book at the end of his life was Gary Jenning's "Aztec."

He also read John Steinbeck, as revealed in a very touching article by Louisa Young.  While being interviewed about a Kristofferson song that he covered called "Here Comes That Rainbow Again," Cash is asked if he knew about "The Grapes of Wrath" which inspired the song.  The book deals with farmers, The Great Depression and the Dust Bowl.  Cash's reply is priceless: "Know that book?  I was that book."

If all this talk about books has put you in a reading mood, here is a list of works authored by The Man in Black himself in chronological order.

It is also worth noting that Johnny Cash's family has also written and published a plethora of books.  Below are some highlights by last name, then choronological order.

Cash, Vivian and Ann Sharpsteen.  I Walked the Line: My Life With Johnny Cash.  2007.