Apr 24 Posted by admin in Articles 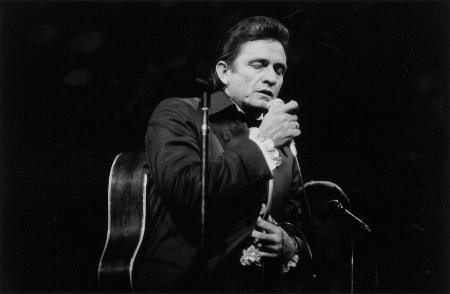 In March, more than six and a half years after his body was buried in the Tennessee dirt, Johnny Cash’s final studio album was released. The first words thunder like a ghost from beyond the tomb: “Ain’t no grave can hold my body down.” That line was recorded when Johnny had only weeks left to live and the song has now fittingly hit music stores on the cusp of Christianity’s greatest celebration. In recording the final tunes of his illustrious career, Johnny did so in a bent and broken body — swollen with arthritis and nearly blind. Yet, his last songs reflect the faith that he shares with St. Paul and with Christians everywhere.

“If Christ has not been raised, our preaching is in vain and your faith is in vain,” St. Paul wrote to the Corinthian church. “If for this life only we have hoped in Christ, we are of all men most to be pitied.” St. Paul penned these words to defend the reality of the physical resurrection of Jesus of Nazareth. In essence, he was saying that if the grave consumed Christ, Christianity was, at best, a sad and empty hope. We see death and destruction all about, this is true. Given enough time, we experience our bodies failing, sagging, increasingly aching – all harbingers of a stark and relentlessly-approaching reality. “Indeed, one of the questions that most preoccupies men and women is this: what is there after death?” Pope Benedict XVI said in his 2009 Easter message to the world. The church has always had an answer for this urgent question, an answer which, as the pope says, “is not based on simple human reasoning, but on a historical fact.” Jesus rose again from the grave “so that we, though destined to die, should not despair, worrying that with death life is completely finished.”

As Christians, we believe Christ rescued us from a terrible fate that we could never avoid on our own. We live in a world that blushes at talk of empty tombs, miracles, resurrection and ascension. Instead, we see great emphasis on anti-aging creams, bodily therapies and an assortment of surgeries, replacements and fitness programs, all claiming to delay the inevitable. Because, without the resurrection, the inevitable is too hard and too final to accept. But as Christians we do not believe that the universe is merely a mechanical and impersonal movement of random forces and meaningless events. Rather, we believe in a world that was, at one time, created and later redeemed by God.

To return to the words of Pope Benedict, “Ever since the dawn of Easter a new Spring of hope has filled the world; from that day forward our resurrection has begun, because Easter does not simply signal a moment in history, but the beginning of a new condition: Jesus is risen not because his memory remains alive in the hearts of his disciples, but because he himself lives in us, and in him we can already savor the joy of eternal life.” The pope concludes: “The resurrection, then, is not a theory, but a historical reality … is neither a myth nor a dream, it is not a vision or a utopia, it is not a fairy tale, but it is a singular and unrepeatable event: Jesus of Nazareth, son of Mary, who at dusk on Friday was taken down from the Cross and buried, has victoriously left the tomb.” For this reason we can all sing along: “Ain’t no grave can hold my body down.”