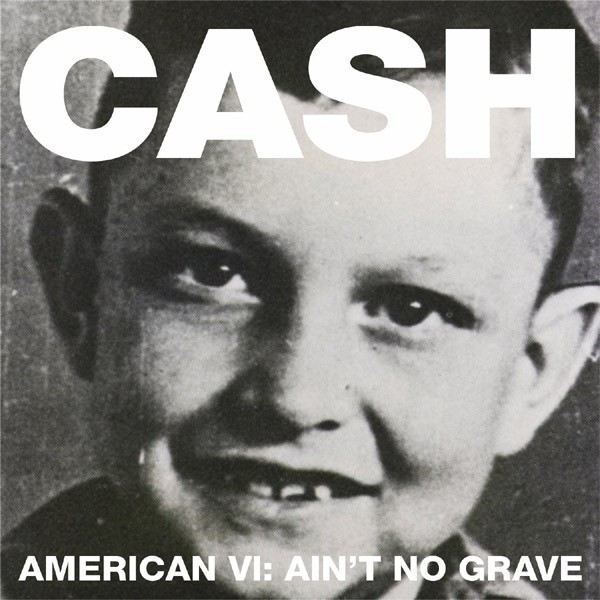 American VI is deeply elegiac and spiritual, with each song its own piece of the puzzle of life’s mysteries and challenges – the pursuit of salvation, the importance of friendships, the dream of peace, the power of faith, and the joys and adversities that entail simple survival. It is an achingly personal and intimate statement, as, from the end of the line, Johnny Cash looks back on a most extraordinary life.

The songs on American VI are drawn from all over the musical landscape and from various eras, and include Sheryl Crow’s moving “Redemption Day,” close Cash friend Kris Kristofferson’s “For The Good Times,” “Can’t Help But Wonder Where I’m Bound” by Tom Paxton, Bob Nolan’s “Cool Water,” the hopeful “Last Night I had the Strangest Dream” by Ed McCurdy, J.H. Red Hayes and Jack Rhodes’s “Satisfied Mind,” Queen Lili’uokalani’s song of farewell, “Aloha Oe,” and the never before heard Cash original, “I Corinthians: 15:55,” written over the last three years of his life. American VI was recorded by Cash’s long-time engineer, David “Fergie” Ferguson, and, as with its American V predecessor, tracked at the Cash Cabin Studio in Henderson, TN, and at Akadamie Mathematique of Philosophical Sound Research in Los Angeles, CA.

Guitarist Mike Campbell and keyboardist Benmont Tench, who played on all of the series’ albums sans the first one, were joined in the studio by guitarists Matt Sweeney and Jonny Polonsky, as well as Smokey Hormel, who also played on American IV and V. In addition, The Avett Brothers’ Scott and Seth made cameo appearances on the track “Ain’t No Grave.” Cash and Rubin recorded many songs between the completion of American IV: The Man Comes Around in 2002 right up until September 12, 2003, the day Cash passed. Songs recorded during this time frame were released in 2006 as American V: A Hundred Highways, and now this final grouping of songs, American VI: Ain’t No Grave, ends the series that began in 1994 with American Recordings.

During these sessions, in May of 2003, less than four months before his death, Cash lost his wife June Carter Cash due to surgical complications. According to Rubin, “Johnny said that recording was his main reason for being alive. I think it was the only thing that kept him going.” Cash feared that American IV might be his last release, so Rubin suggested that he immediately begin writing and recording new material. Due to the artist’s frail condition, Rubin arranged for an engineer and guitar players to always be on call. “Every morning, when he’d wake up, he would call the engineer and tell him if he was physically up to working that day,” Rubin explains. During those months, Rubin went to Nashville several times to record with Cash and associate producer John Carter Cash. After a particularly productive four days of sessions, the artist said to the producer, “Oh, this is great; please stay longer.” So Rubin canceled his return flight to L.A., only to get a call the next morning that Cash was back in the hospital. “So there was a lot of stopping and starting, based on his health,” says Rubin. “But he always wanted to work. The doctors in the hospital kind of lectured me, saying, ‘He’s not going to stop, so you have to make sure he doesn’t work too much.’” Though Cash knew his days were short, “There was no fear,” Rubin says. “I remember speaking to him maybe an hour after June died. He had been with her in the hospital, and I’d never heard him so distraught. And he said, ‘You know, I’ve been through tremendous pain in my life, and I’ve never felt anything like this.’ It was so bad that I didn’t know what to say. He sounded so weak, so beaten, and I’d never really heard him like that before. I’m not sure where the question came from, but I said, ‘Do you feel like somewhere you can find faith?’ And when he heard that word, a switch went off in his head, and he answered in a strong voice, ‘My faith is UNSHAKABLE.’ And the conversation changed after that. So he had tremendous faith, he didn’t really have fear and he already was dealing with pain; I think he had acceptance. When he knew he was going to die, he was calm and matter of fact about it, and…that was it.”

“Ain’t No Grave,” the title track, speaks to the overall theme of the album – “Well there ain’t no grave/Can hold my body down…” American VI may be his final album of new material, The Man in Black may no longer walk this Earthly realm, but through his music, thankfully, Johnny Cash is very much alive and well and living among us.